Recycling through the looking glass

Recycling through the looking glass

Croxsons’ COO, Tim Croxson, contemplates the positioning of glass at a time when packaging sustainability is under extreme scrutiny. “The merits of glass are being watered down by dated infrastructure, misjudged targets and a dearth of education,” he says.

The war on plastic rages on with the wider media portraying it as a global pandemic in need of extermination – with an infinitely recyclable and reusable solution allaying circular economy concerns, the glass industry can be part of the solution the world has been seeking.

So why is glass not fulfilling its potential?

Croxson references the words of Fiacre O’Donnell, Strategic Development Director at glass manufacturer Encirc, who believes that the Packaging Recycling Note (PRN) system is a major contributory factor. “The thought process encourages people to use more recycled goods in their packaging products, and treats the material as a resource rather than waste. The big issue is that it hasn’t done anything to increase recycling itself. It has peaked.”

A sentiment expanded on by Croxson, whose experience with PRNs has been challenging. “There is a shortage of PRNs – the PRN costs are high and prohibitive to using more recycled glass in product. We have seen a reduction in recycled use in new glass drop from 60 per cent to 20 per cent.”

Croxson laments being in a situation where making new glass from virgin resource is cheaper than recycling, as it goes very much against the virtues of both glass and a society which demands action in sustainability.

Why don’t we accept the increased cost, and maintain an ethical high ground?

Although the quantity of cullet isn’t an issue in the UK, the quality can be which is why significant volumes of cullet are imported from Europe. The amber and flint cullet produced from recycled glass is particularly can problematic, according to Croxson, whose customers demand excellence as well as an environmental edge.

The two key issues are 1) Imperfections in colour and clarity, which is hugely important for premium glass products such as spirit bottles and 2) Pyrex and ceramics being mixed with the glass which impacts performance. Because of this, the cullet needs to be mechanically and visually inspected to ensure metals, Pyrex, ceramics and others are removed.

Mixed collections are rife with issues from cross-contamination across all packaging types. Glass and cardboard, for example, are difficult to separate and this could lead to problems with glass potentially finding its way into carton board.

For glass alone, whilst the technology exists to separate different colours, the best method still remains segregation at source.  Both Croxson and O’Donnell are familiar with the work of Bryson Recycling, the largest social enterprise recycler in the UK, who offers a three-tier ‘Wheelie Box’ to separate different recyclables to offer convenience, but also discretion.

These boxes are self-contained as opposed to the open kerbside boxes, which people may not want to utilise fully in case others inspect their consumption – which means many recyclables end up in black bin liners. Croxson sees the positive in the human focus, commenting: “This oft-ignored psychological impact could go some of the way to support and encourage increased recycling levels”.

Can consumer behaviour change to support us?

Education about recycling through schools needs a kick-start, so that when these children are adults they know what to do. O’Donnell starkly reminds us that “a study at a school in Fermanagh, Northern Ireland, determined that the majority of pupils did not know that glass was recyclable”.

Ultimately, the consensus is that government intervention is called for. Successive governments have really focused on reducing the weight of waste, leading, quite rightly, to manufacturers lightweighting glass, or down-gauge plastic structures. In 1998, a 330ml glass bottle weighed approximately 330g, and in 2018 the same bottle now weighs 175g.  This means that at these new weights, any colour contamination from recycled cullet would deem the bottle a failure as it becomes even more visible. There’s less margin for error in manufacture which creates increased waste per production.

Is it time for reward and penalty?

Educating the next generation is essential and perhaps, as local councils are responsible for waste collection in their catchment areas, maybe they should be fined if inspections show that there isn’t the required level of guidance being undertaken regarding recycling and the environment? Such consequences may eradicate any perceived ambiguity of a system, and place the onus on the authorities to guide us.

In the absence of reward and penalty, and during a time where re-education is absolutely necessary, a complete supply chain conversation may be the best alternative. An approach whereby local authorities, recycling and waste management companies, product designers and brand retailers, exporters and material purchasers, work together rather than in silos, taking responsibility for their collection imports.

Should the industry speak to consumers?

In an age of social media, the dynamics between consumers and products have changed. O’Donnell explains that “traditionally, the large food companies were being challenged by the retailers to fulfil certain criteria, yet now it has become increasingly simple for consumers to engage with brands, retailers and producers.”

This has meant manufacturers have had to respond to comments from all sections of the value chain. A quick scan of Twitter demonstrates the scale of these interactions, particularly around plastics at the moment, and every packaging company can use this to their advantage, by communicating on a large scale on social media.

Many misinformed people making claims can be educated and respectfully corrected when wrong, or, when a fair challenge is made, a level of interaction could prove valuable to both parties. Croxsons as a business, has a very unique viewpoint here, with 50 per cent of their workforce made up by social media savvy millennials. “Social media is hugely adversarial and its beauty is also its curse,” says Croxson. “Opinions become amplified and defended militantly. However the attention and reach it has is tremendous, and to offer a reasoned argument in return will be appreciated.”

Communicating with end users, and society as a whole, is more important than ever before. Education for all is key in our post-truth and ‘fake news’ era, where opinions often gloss over facts.

As a resource, glass remains infinitely recyclable and reusable, but as an industry it cannot rest on its laurels. The increased noise and focus on plastics is potentially damaging to glass, as pressure will be put on government and producers to improve infrastructure, which would require significant investment from all quarters to promote technologies such as pyrolysis.

Yet the systems around glass aren’t perfect, with less investment required to transform a theoretically sound system into a hugely efficient one that can reuse glass lost to landfill and contamination. This loss of resource ultimately hurts the industry from top to bottom, having to rely on cullet from overseas to aid our production.

The industry can use its voice to lobby government into making these adjustments to create a true circular economy for glass, instead of relying on its virtues as a material without the backing to make good on its potential.

“We don’t want there to be any opportunity to be accused of greenwashing, do we?” Croxson concludes.

The Surrey based family-business has been supplying a broad base of clients ranging from the smallest start-ups, to the largest multi-national, with glass packaging and closure solutions for nearly 150 years.

Their ‘customer journey’ - from collaboration, design and container, to closures, decoration and logistics - seeks to ensure that clients get their product in the right bottle, with the right closure. Through their strategically positioned global connections in Europe, Australasia, the Far East and America, Croxsons’ reach is truly international, providing the same standard of service wherever their clients are based. 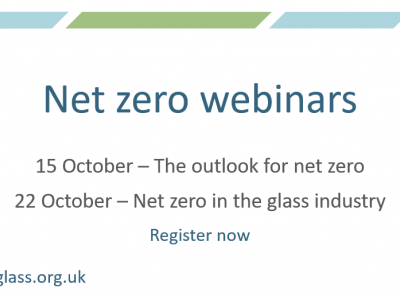 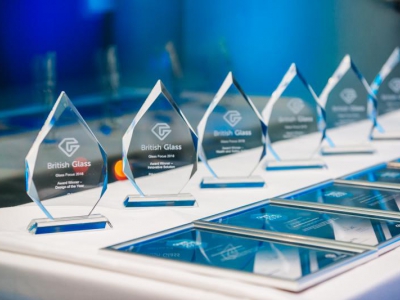 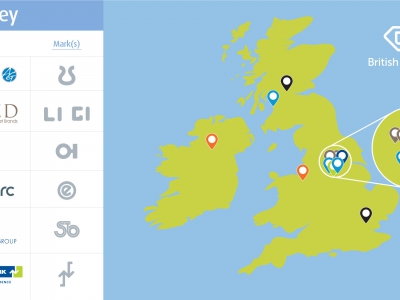