In the first of a series of features on the winners of the Glass Focus Awards 2020, British Glass talks to Michael Rudak and Louise Hodkinson of Stoelzle Flaconnage about their Carbon Sake concept bottle which took home the Design of the Year – container prize.

The design of a glass bottle is vital. From premium spirits to your local brewery’s new beer, bottle design is a key in representing a brand’s product.

But there’s a lot of hard work that goes on before a bottle can make it to the consumer and it all starts with getting the look of the botte right.

That’s where Creative Designers Michael Rudak and Louise Hodkinson come in. Being very much a part of the wider design team at Stoelzle, they’re responsible for coming up with innovative designs for a wide range of products, including the Glass Focus award winning concept bottle Carbon Sake.

However, Michael’s love affair with designing began at a very early stage of his career at Stoelzle.

“On my second interview [for the role at Stoelzle] I had a tour round the factory and to be frank I was quite blown away by the manufacturing process from the moment I stepped in there – it’s so artistic yet industrial at the same time which I think is quite captivating,” he said.

“The material itself still being molten at the time of forming is mesmerising to watch, and from a design perspective, having the opportunity to be involved in each step of the process is what I live for really.

“The most rewarding part is seeing a design through from its concept to designing the moulds, watching it work on the machine and then seeing thousands of the product exiting the lehr to spotting it in a supermarket or on a bar shelf feels like such an achievement and I feel proud to have been part of that.”

By working together with the wider design team, Michael and Louise’s work often goes past simply creating the designs for their clients, as Louise explains.“I work more on the graphic design side of things so we’re not starting and stopping at glass, we’re using glass to design people’s creative packaging solutions taking into account a brand’s identity or evolution, whether that’s something they already have or they’re a new brand starting up and they want a new identity for themselves [in the packaging].

“We look at it as a complete solution instead of just one aspect of it so I look at it from a different perspective to Michael.

“We have a really diverse design team with different areas of expertise – when we come together, we have an extensive amount of knowledge.

While Carbon Sake won’t be hitting the shelves anytime soon its striking design, including its jet-black exterior that was inspired by the traditional Japanese method of carbonising wood called Yakisugi, seriously impressed the judges at this year’s awards.

With the design being a concept bottle and having no brand being affiliated with it, this allowed Michael and Louise to push the boundaries of what is possible in glass bottle design.

“Concept bottles allow us a large amount of creative freedom to design without constraint.  With our diverse and capable design team we analyse trends and having a wealth of experience means we can create beautiful designs that are fit for manufacture and fit well within the market.

“They give us the opportunity to innovate and showcase some of the ideas that we haven’t yet had the opportunity to apply to a client-led project. They allow us to push the boat out without the pressure of launch dates and client investment – which is important for this type of development.

“It opens a creative dialogue with other departments across the business, from our production teams to the decoration team where we can discuss solutions for feasibility on our designs.”
As well as the unusual black glass element of the design, the bottle includes several elements from Japanese culture to tie in with the spirit of sake, as Michael explains.

“During my research I found that in the sake market there was a limited range of style and designs and no real differentiation between the commercial and the premium sectors.

“People generally associate Japan with a more vibrant and louder colour pallet – we saw a gap to look into the moodier and darker side of the culture – which is less commercialised but equally as interesting.”

The pair had two entries shortlisted for Design of the Year – Container with their design for Whitby gin also being considered for the prize alongside eventual winner Carbon Sake, which marked their first ever award win for a product designed completely by the team at Stoelzle.

Since claiming the Glass Focus award, both Michael and Louise have used it as a driving force in their day-to-day workings at Stoelzle as Michael explains.

“It was incredible to win the award – it’s my first design award in a professional capacity. Even though we are very confident, and we believed in both shortlisted designs that we presented it was still a surprise to take home the award.

“It makes all the hard work worth it – it justifies the kind of work we are doing and why. Personally, it pushed me to keep improving in my role and as a designer.” Louise added:
“We put our heart and soul into each project and to then get recognised for that hard work feels incredible.”

Despite not being able to claim the award in person, the pair are already setting their sights on repeating their win. Michael said:

“We will definitely be entering next year – now I’ve won an award I’ve got a taste for it. We are already working on some exciting projects which we hope to have an impact next year.”

When picking Carbon Sake as the winner of this year’s Design of the year – container winner, the judges were impressed with the traditional Japanese elements incorporated into the design along with the benefits of seeing a spirit such as Sake in a glass bottle.

“As the judging panel we see lots and lots of interesting bottles coming through still and there’s a lot of interest in drinks like gin at the minute, so it was nice to see something like sake.

“The bottle itself mirrors the ceramic bottles that you see sake going into and they’ve also been very good in terms of design story in combining the burnt wood which is part of the Japanese tradition with the Kanji, the other Japanese characters on it, and a fantastically interesting closure too tied on with leather thread.

“So we really liked the design of the bottle, the rationale behind it and the fact that it positions glass as a packaging material for the future for new brands and new trends to take part in or to be part of.” 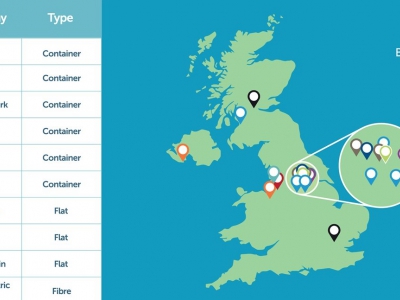 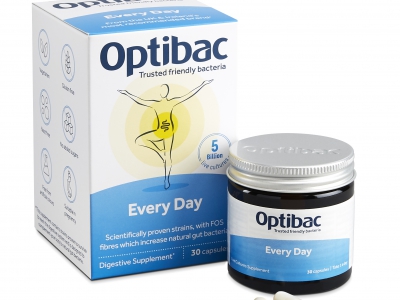 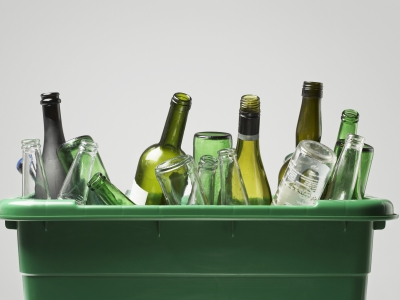