It’s that time of year again as we celebrate all things recycling with Recycle Week and British Glass are delighted to be supporting the campaign yet again.

This year Recycle Week’s theme is ‘Recycling. It’s in our own hands,’ taking inspiration from environmental activists Greta Thunberg and David Attenborough to inspire the public to take action and make recycling the new norm.

After the increase in awareness of issues affecting our planet, such as the health of our oceans, now is the time to capitalise and take action around the house, at work and in the great outdoors.

However, over 245,000 children and 1,100 primary schools around the UK have already taken action through our Glass Guardians programme, which used Maths, English, Science and PSHE activities to teach them the importance of recycling glass.

From Alfreton’s Blackwell Primary School and their Tough Tomatoes environmental action group to Ysgol Maes Y Felin in Holywell, Wales impressing their local mayor with their work, schools have taken action into their own hands in a number of creative ways.

So as part of the national campaign, we’ll be highlighting their acts of youthful activism to show how children across the country are actively participating in recycling.

First up is St Helens Primary School in Devon which has installed recycling bins on their local beach to try and reduce the amount of litter that gets left there.

Read all about how their efforts here.

Following on from St Helens fine example, Pensby Primary School has used the Glass Guardians programme alongside the Coast 2 Country project in the Wirral.

This Recycle Week is all about taking action into our own hands to make recycling the new norm and the Tough Tomatoes action group at Blackwell Primary School is doing just that.

The Glass Guardians programme is used to educate children not just about glass recycling but the process as a whole in order to inspire positive change, both in the schools that take part and their surrounding area.

Pupils at Ysgol Maes Y Felin encapsulated this perfectly with their work involving local businesses in their area.

One of the battles with recycling is educating everyone on the benefits and the best way to recycle each material, including glass.

The Glass Guardians programme passed on this knowledge at each school that took part, including Trerobart Primary School in Pontypridd, Wales. 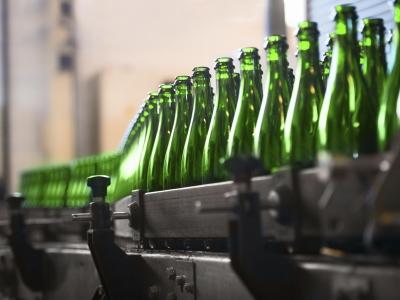