At this year’s Glass Focus Awards, hosted by British Glass, O-I’s Gareth Owen received the Apprentice of the Year award just two years into his four year apprenticeship at the company’s Alloa plant.

The 21-year-old took home the award after being nominated by his supervisors following his natural aptitude and enthusiasm around the company’s four engineering departments, as well as his incredible attention to detail leading to his log book being used as Standard Operating Procedure for future furnace repairs.

It marks a great start to apprentice’s career as the glass plant was something that always piqued Gareth’s interest having grown up in the town that surrounds the plant in Clackmannanshire, Scotland.

“I had applied for a few different apprenticeships; however, the glassworks [OI Alloa] always intrigued me as I am a local boy.

“I always asked questions about the plant and when the opportunity arose for me to work here – I grabbed it with both hands.”

In the early stages of his career, Gareth has done just that and has already seen himself earmarked as future CNC Programmer and Operator by his superiors and colleagues thanks to his initiative and work ethic.

With the Alloa plant being the only glass maker in the UK equipped with a state of the art CNC mould milling machine, and working with moulds for some of the most prestigious spirit companies on the market, the role Gareth has been lined up for is incredibly rare and important within the company, making his achievements all the more spectacular.

When speaking to the apprentice, it’s clear to see why this is the case, as he explained:

“I have enjoyed all the aspects of the plant, but by far, the CNC programming has been the best.

“Being able to programme and manufacture something from nothing is a great feeling and gives me great satisfaction.

“Seeing these components on the IS machines and making a difference to the quality makes the hard work worthwhile.”

Gareth’s achievements were recognised at the awards ceremony at the Millennium Gallery, Sheffield where he received the award, which was a welcome surprise.

“I was surprised to win this award, but I was overwhelmed with joy.

“It has made me want to work even harder and continue my progression.

“This award shows what dedication and determination can provide and I hope that it also motivates other apprentices.”

Looking ahead to the future, Gareth hopes to complete his HNC course before progressing onto a HND qualification while continuing to work on the CNC units that have been added to the machine.

However, he also believes it is imperative that other young people follow in his footsteps and enter the glass industry through apprenticeships.

“I feel that it is very important [for people to go through apprenticeships], the more people I speak to, the more I realise that the plant is more like a community and being brought through the apprenticeship gives a sense of belonging.

“I feel that I am doing my part for the local community as this plant has been here for over 200 years, and I feel a great sense of pride being a part of its history.” 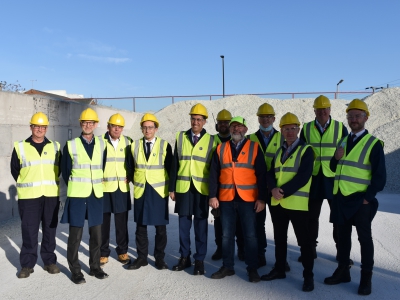 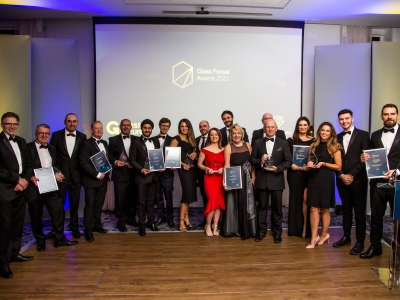 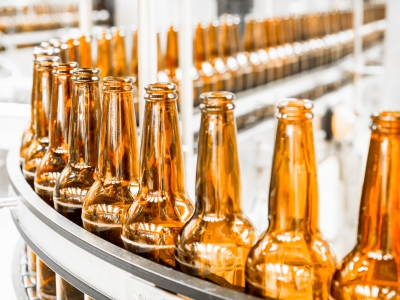